How the Very First McCoo Got His Moo

Vibrant flashes of colour are contained within the graceful shapes of three noble elephants. Bright against a dark background, they seem to be walking out of the frame towards us. The calf is close to her mother’s side, raising her trunk towards her, and beautifully capturing the bond between parent and child.

This artwork was painted back in 2014, and bears the hallmark of Steven’s signature style - the striking use of bright colours and form characterise the iconic collection of work that we know and love. This particular painting, as well as being very special in its own right, carries a personal and moving story. One which brings us to the now legendary McCoos. 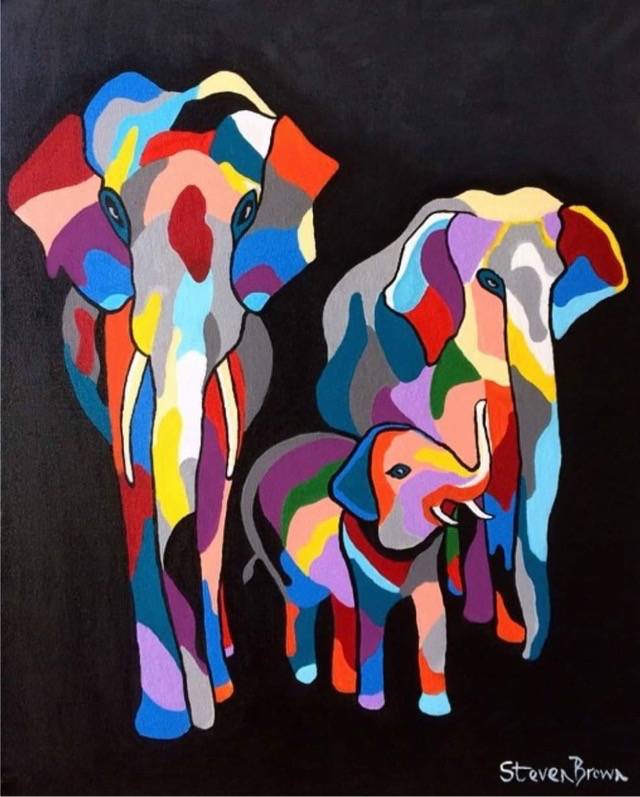 In 2015 Steven suffered a second heart attack. On returning home from hospital, his recovery was aided by a steady stream of doctors and district nurses who cared for him. Steven struck up friendships with the medics who treated him, and still speaks of how thankful he feels for their kindness and support. The medical team shared Steven’s artwork among their family and friends, and the elephants artwork went viral. This was the beginning of a whole new chapter for Steven Brown Art.

“One of the district nurses was a lady called Leigh-Anne,” Steven explained. “She had seen the elephant artwork, loved it, and contacted me through a mutual friend, as she felt a little shy to ask me to commission a painting for her.”

“Our friend assured her that I am very friendly and easy to talk to, so she got in touch, and we have remained great friends ever since.”

When she was a child, Leigh-Anne’s Grandpa used to take her to see the highland cattle and she absolutely fell in love with their beauty and grace. Leigh-Anne asked Steven to paint a highland cow for her, ‘in your style’ - the same colourful style as the elephants. This cow was named Harris as a tribute to her Grandpa. The first McCoo had been created! 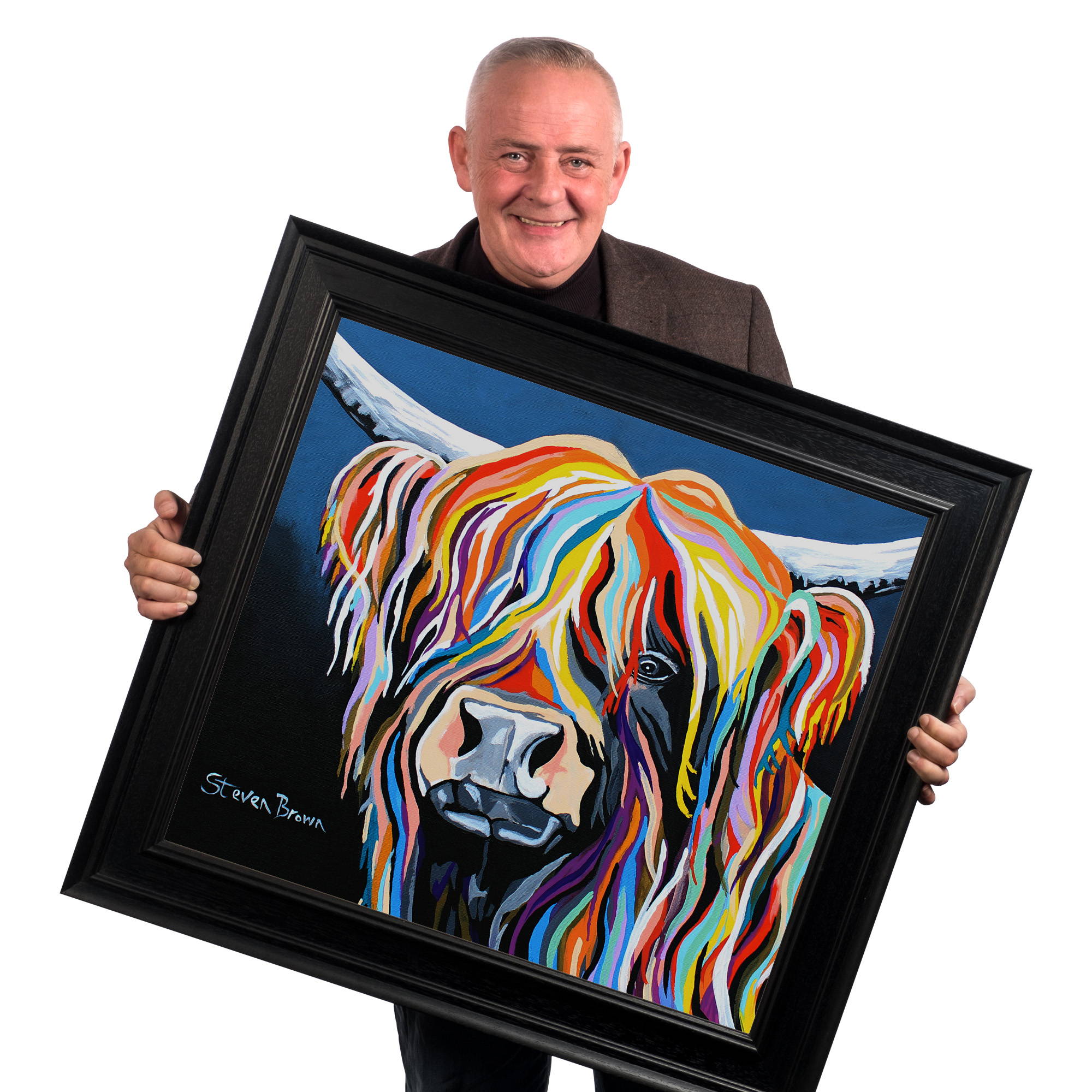 Harris was instantly so incredibly popular that the demand for more McCoos skyrocketed. Steven’s artwork featuring this growing clan of colourful highland cattle was snapped up across Scotland - and can now be found hanging in homes around the world.

Here at Steven Brown Art HQ we are constantly moved and delighted by your stories of what your Steven Brown Artwork means to you. As for Harris - the very first McCoo - he will always hold an extra special place in one lovely lady’s heart.

If you want to find out more view this video of Steven explaining all.

Sign up for our newsletter and receive
10% off your next order.